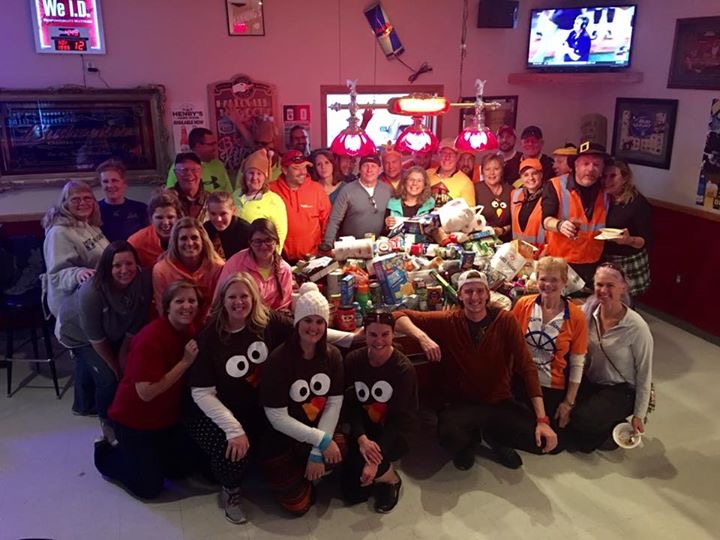 Every Cranksgiving has its own unique flavor, sometimes that’s a result of the organizer’s ‘personal brand of craziness’ – and sometimes it’s due to the setting. Starting today, we’re going to be highlighting Cranksgivings around the country, in no particular order. So, let’s get to it!

“We started our Cranksgiving in Clinton, Iowa in 2011 I believe. I took it over from that original organizer that moved out of the area in 2015. We had so much fun doing the ride, I didn’t want it to stop so I took it over. Since it’s such a good cause, and so much fun, I knew we could grow this event if we could just get the word out. We’re proud to say, we started out with about 15 riders the first year, and last year we had over 50, and hoping for even more this year.

I’m sending pictures of both 2016 and 2015. 2015 we had a surprise snow storm. We woke up to it snowing and before it was done, I think we had close to 12 inches. We still had hardy bicycle riders, and even some on skis.”

Thanks Mary! Organizers and riders, feel free to share your best Cranksgiving stories. You can hit us up on the contact page, or send an email to: cranksgivinginfo@gmail.com