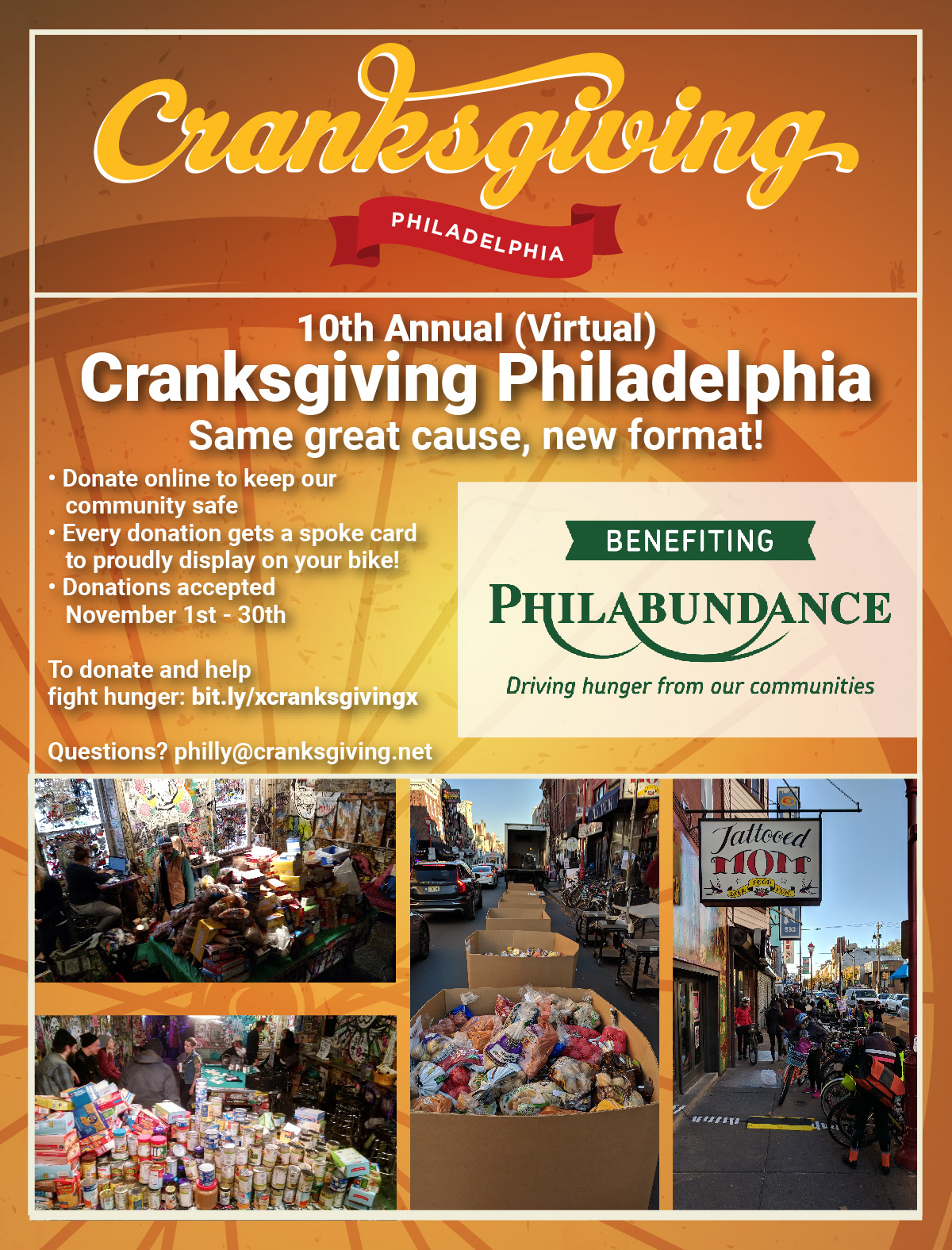 The Tenth Annual Cranksgiving Philadelphia is here, in virtual form!

Traditionally, Cranksgiving is a food drive scavenger hunt where cyclists & other participants race around the city to purchase food from various “checkpoints.” All collected food is donated to Philabundance, our region's largest hunger relief organization. The inaugural Cranksgiving was put on by the NYC courier community in 1999, and has since grown to dozens of cities both here in the US and internationally.

However, this year is not a traditional year by any means. Due to COVID-19, we have decided that it is the most prudent to make this a 100% virtual event. While we are somewhat sad that we won't have an in-person event, we feel that this is the best way to support our community while also being mindful of public health.

We're happy to keep this alive in Philadelphia for its tenth year, and we hope that you'll join us by donating what you can. To date, we have raised close to 20,000 pounds of food and over $22,000 in monetary donations to directly benefit Philabundance.

Thanks in advance for your generosity and continued support of Cranksgiving Philadelphia and of Philabundance.